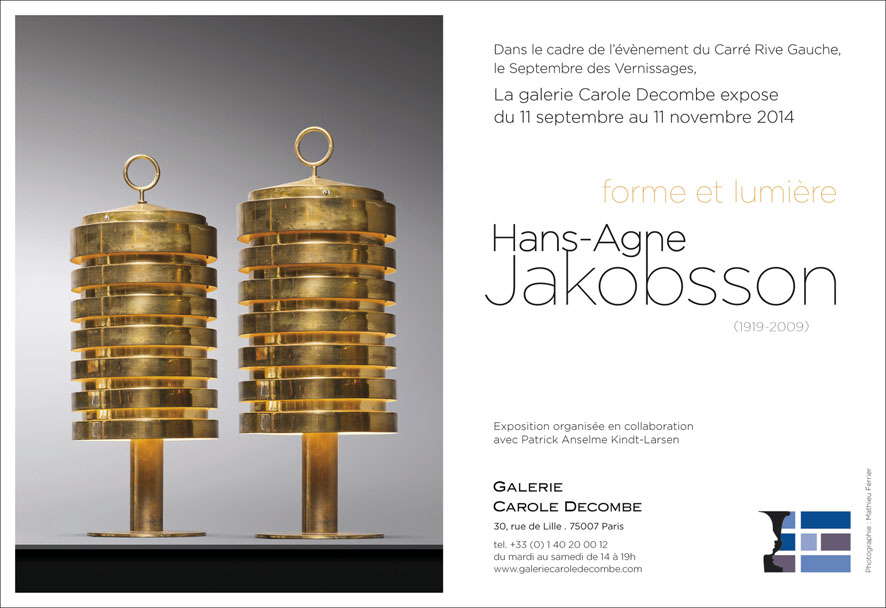 The creation of decorative lights and lamps plays a central role in Scandinavia. Not only does it make up for the lack of natural light during the long winter months but it also creates a social relationship, and this has been the case for many years. Among the Scandinavian designers who have become masters of the art, the Galerie Carole Decombe has chosen to put on display the creations of Hans-Agne Jakobsson (1919-2009), less well known internationally than in his native Sweden despite the quality and originality of his work. The exhibition, organized together with Patrick Anselme-Kindt Larsen, presents an original, electic selection of his works, with each item astonishing you more than the previous one. Ceiling lamps, wall lamps, floor lamps and personal stylistic design.